There was once a girl who found walking tiresome and difficult. She had been born more for the water than the land. A seal, people called her. And a seal she was. The land was a painful place for her to walk upon. And everywhere, she had to walk. She walked up and she walked down the cobbled streets with a little frown in her heart. She only smiled when she wasn’t walking. She only smiled when she was in the water and her body was weightless. She wished she could be happy on the land, amongst the flowers, but the fates had foretold it would not be when she walked.

Every night, saying her prayers, she wished for her struggles to be eased and every night the stars gathered to listen.

One day the girl happened upon this wizard and asked for his help. He listened to her story and saw the struggle in her eyes….and in her feet. While she talked, his workshop grew quieter and quieter - you could hear a pin drop if the girl hadn’t been talking. The wizard knew what this silence meant - he knew that all his contraptions, all his bits and bobs, odds and sods, were listening to the girl’s story, knowing they could help her and hoping they would be chosen. Hoping they would be chosen to be made into something beautiful, magical, spectacular that would allow this girl to move around with ease. They all dreamed of becoming something special to her, so they could have their very own adventures and see the big wide world the wizard had told them so much about.

In a little shed far away, full of yet more of the wizard’s collection of weird and wonderful objects, word had spread that this girl was going to choose some bits and bobs, odds and sods for the wizard to make a magical machine out of. It was a little shack of a shed, right at the bottom of the wizard’s garden, surrounded by brambles and locked with a golden key.

The shed and the things inside were elated, because they had heard that the wizard and the girl would soon visit. The wizard hadn’t visited them for such a long time - he was always forgetting he even had a shed! So it was a nice surprise to see him again. It felt like they had been in there for an eternity - waiting and wondering when they might ever see the light of day again.

There was one little green oddity in that shed - let’s call him a frame for argument’s sake - who was everso delighted about the wizard’s visit for he dreamt of feeling fresh air and sunshine on his steel. He was younger and less rusty than the other objects in the shed. He still had lots of life left in him and he knew he could be useful. This little green frame was desperate to meet the girl. He felt he had been useful once before and couldn’t remember how he had ended up in the wizard’s shed. Long, long ago, he’d had a family. He recalled laughter, joy and brightness. But he was taken from them and an age later he found himself in this shed. He was comfortable where he was. He felt safe. And dry. But he knew he could be more. He knew he could help this girl - that they would laugh and have fun together and that he would always make her happy.

The girl stood in the sunshine and watched as the wizard entered his shed with the golden key. He entered and immediately disappeared, even though the shed was only a wee little thing. That shed was shaking, you know, because when there’s a wizard in a shed that’s what happens - especially when they’re trying to find things that they’ve lost. And wizards lose things often.

He began bringing out many contraptions as he hummed to himself wistfully - all shapes and sizes they were. All colours and materials. The girl looked on carefully and curiously. There was a purple frame and a silver frame, but they didn’t quite sing out to her. There were fancy shaped frames, little frames, big frames - no none of those either. And then she saw him. This lovely green frame - sparkly, elegant, strong. Just a frame. Just the beginning of something - she knew not what - but the wizard knew, with a twinkle in his eye. It was a simple frame full of loveliness and possibilities and all the birds thought so too and sang out loud in agreement.

The green frame couldn’t believe his luck. He had been chosen by the girl. He was ecstatic. Soaking in the sunshine, feeling the fresh air all around him, he felt proud as punch. Hooray! The wizard would cast spells and make him into a proper machine. Make him travel and whizz about like he felt he was born to do. Like he felt was his purpose. He waved goodbye to his friends, who wished him well - they weren’t too worried about not having been chosen for they were all very old and very tired - and he set off with the girl and the wizard to become something special.

When the wizard had finished casting his spells, banging in his workshop and rummaging through his boxes for even more bits and bobs, odds and sods, his magical contraption was finished. He called it a bicycle, would you believe? For no-one in the land had ever heard of such a thing before. The girl was elated and realised her prayers had been answered. She realised how lucky she was to have found this beautiful green bicycle made out of magic it would seem . She hugged the wizard and she hugged the bicycle. She gave the wizard a little green plant, which she said would nourish him and give him new ideas of invention for as long as he lived. 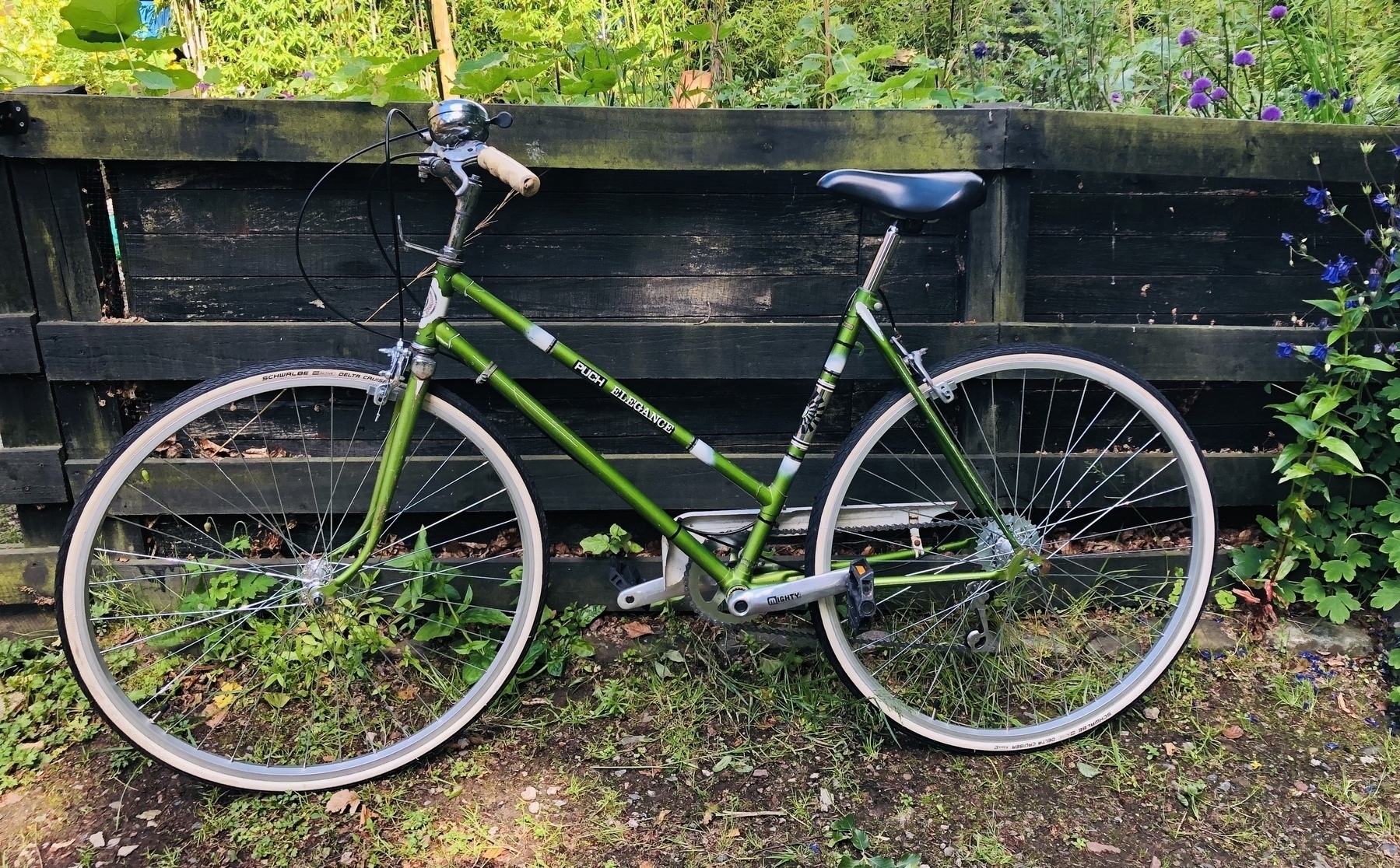 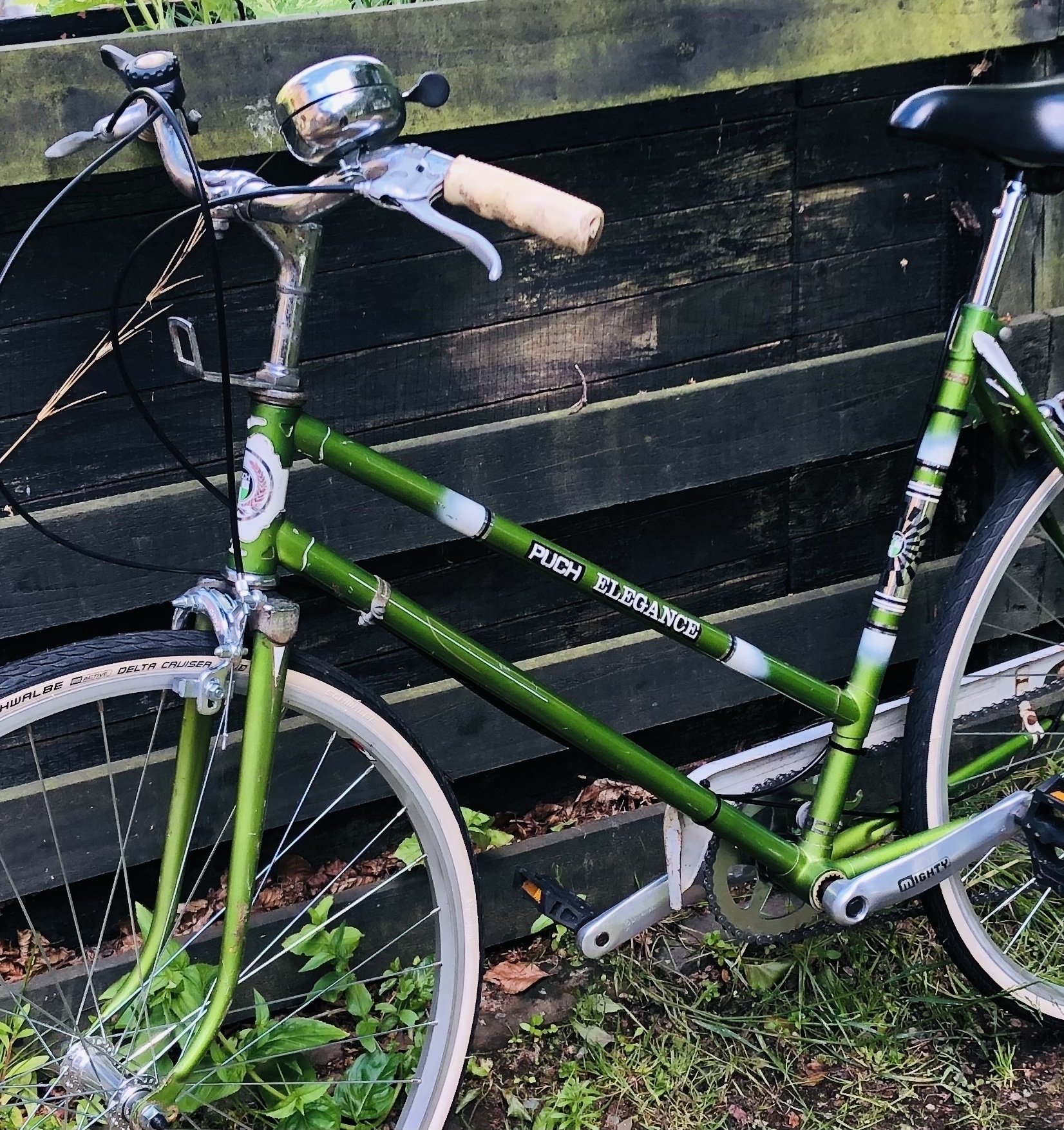