It was 8pm, on a Sunday and we were driving to Gloucester. To an Airbnb for a few nights in between sits. It was going to be amazing, relaxing, peaceful. Then we found out the host was unorganised, unreachable and the lock box code wasn’t included in the check in instructions. We had nowhere to stay and were dazed and confused having just moved out of our last sit several counties away. We were in limbo. Then our booking was cancelled. We were stranded in a service station carpark wondering what to do.

After extra cold sushi and pesto pasta (great combo 🤔) we decided to drive two hours further south to Devon and sleep on my mum’s couch. We arrived at her noisy and somewhat chaotic household and crashed out. Thank you mum.

It just so happened that the next day she was going to view a flat. She’s downsizing and moving. So we went with her. I’m glad we did. I’m sure she would have bought it. Being quite a vulnerable soul. It wasn’t good enough for her. She knew it. Too many compromises.

I realised how much I wanted to look after her. To give her the best life in her later years. I wanted to protect her. She said she didn’t want to bother me. That sometimes she thought I didn’t want her around. That cut me. It’s been hard over the years, but the tears of love that rolled down my face after those words hit me showed me I wanted her around more. I didn’t want to be able to count on my fingers how many times I’d see her before she died. She drives me crazy but she’s my mum. And all of a sudden we were looking at bungalows for her in Scotland. 🙃

Because that’s the big news I want to share.

The time frame’s tight. The race is on. Come February the logistical nightmare…ehem….adventure begins. Along with the search for two properties. 🤪 Whoop whoop! We’re all excited.

And what’s mad (and another reality) is if the Gloucester Airbnb had worked out, we wouldn’t have stayed at mum’s and gone to see the flat. So she may have bought it and stayed in Devon and our futures would be very different. Apart. And a long way from eachother.

Seeing the dots connect is magical and comforting. Things that may seem annoying and inconvenient at the time, may just end up being pathways to your new and improved future. 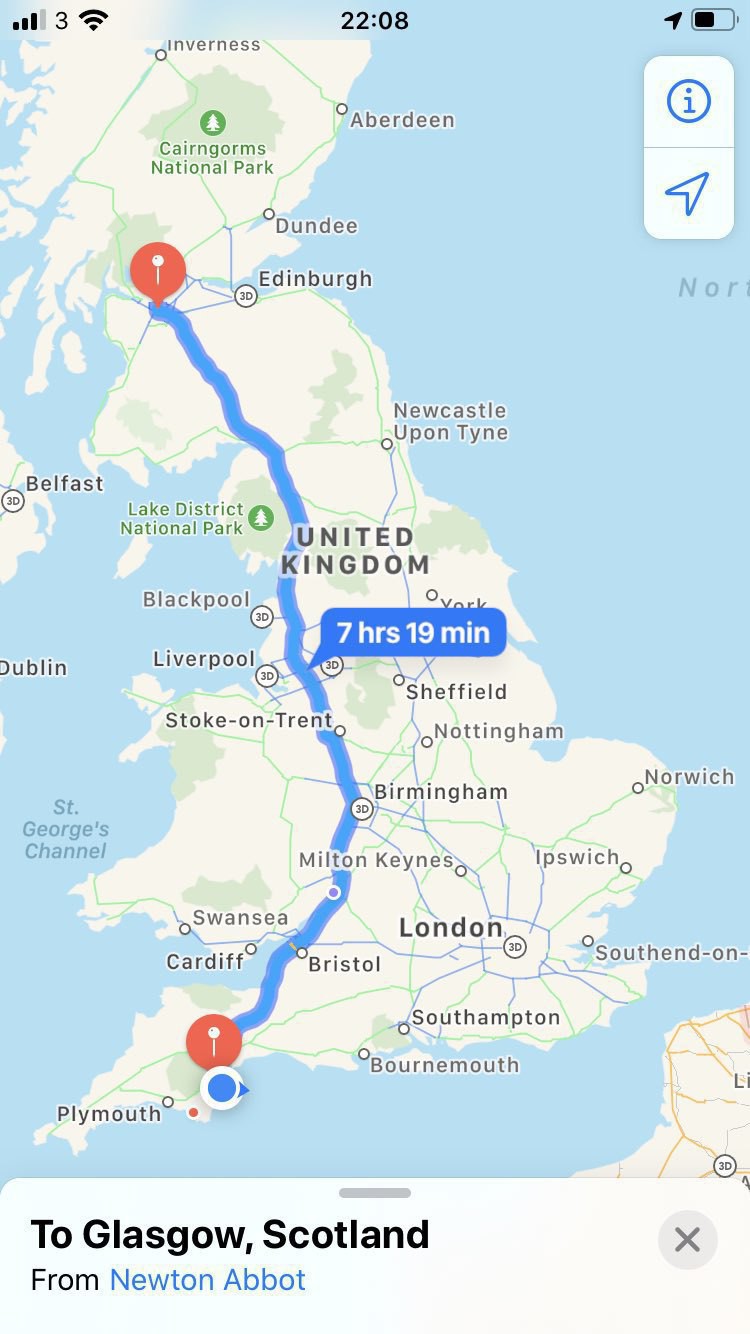