I used to run a wildlife sanctuary of sorts when I lived deep in the countryside of the Peak District. I bought lots of squirrel proof feeders (the squirrels had their own feeding station and it was fun to watch them get fully into the box with just their tail poking out). There were two giant silver bins in the shed where peanuts and seeds were stored and every morning I joyfully bounced round the garden flinging nuts and sunflower hearts far and wide, dancing happily to my own merry tune. I scooped up big handfuls and threw them all over the grass, all in the hedgerows and then I watched. Blue tits, gold finches, pink breasted bull finches, chaffinches, long tailed tits, blackbirds, woodpeckers, pheasants, sparrow hawks…they all came. There was a special needs squirrel who was blind and had possibly had a stroke - it still managed to feed and get through a winter before I stopped seeing it (always a forlorn moment to realise they’d disappeared for ever). There was a limping pheasant I named Sir Limpalot who was past his heyday and often got attacked by other pheasants. I’d always try and give him extra nuts when I saw him. I protected a fledgling blue tit, dazed and confused at its new life by making a little shelter with a roof tile and prayed it got through the night on the ground. It did and eventually became like all the others, loosing its fluffy pudge-like appearance so I didn’t recognise it anymore.

At dusk and during the night hours badgers visited, a whole family of them, squeaking and shuffling, the young ones bumping bums and wriggling about to get the best feeding spot. I’d hear them thundering down the side of the house, excited to find the tasty treasures. An anxious fox bravely came out the hedge and into the open, scared of its own shadow most of the time. Everyone fed together. There was a gang of rats who lived away from the house, in the compost bin. I’d see them scampering over the lawn to the bird feeders. They’d play and mess about in a big ball. Proper frolicking took place until a sparrowhawk swooped in and ruined their fun, sometimes taking off a family member in its wake.

When the snow came, I ran out of bird food and delivery vans couldn’t drive up to the house to restock. I improvised, cooking up pasta and rice, anything I could find in the pantry really. They weren’t impressed.

One day we found out we were leaving and I realised I had to wean them off all this abundance. It was sad for me. My way to nurture was to keep them fed and happy. So gradually the food got less, the 30kg of seed stopped being delivered and the feeders went empty. I hoped the next people would feed them a little but I couldn’t expect them to be quite so dedicated as I was.

Then off we went, on a cat sitting adventure and birds took a back seat.

Now, two years later, I find myself living in Glasgow, in a first floor tenement flat with my kitchen window open throwing out a few handfuls of peanuts each morning into the back garden, watching the waiting squirrel get showered in them and bury each one in all kinds of mad places (I’m expecting lots of peanut saplings soon). I love the greedy wood pigeons gulping them down, the magpies chattering together and bobbing their irridescent green tails as they vie for the best feeding spot. I love watching the little half coconut feeder hanging on the washing line gradually disappear though I never see who’s nibbling away at it.

In the city wildlife is tamer. No one’s shooting the animals for a start. No one’s trying to hunt them down and capture them. Wildlife in the countryside has good reason to be scared. I appreciate that every day as I hear the local robin sing to me just outside my window and see crows on the ground, in amongst the people. Crows are harassed in the countryside. Now I can see them close up. They’re gorgeous.

I love seeing the fox pass me by in the street on a dusky evening walking tall and proud. I love going in search of blackbird’s evening song which echoes along the streets of the sandstone tenements. Their resonance sounds suprisingly richer in the city because of the buildings that it echoes off - something I’d never experienced before and now totally adore.

That experience in the countryside lit a fire in me and gave me a poignant connection with the land, flora and fauna. I loved becoming a friend of wild things and even now, with just a handful of peanuts, it still feels perfect.

Time to go, the wood pigeons have just arrived. 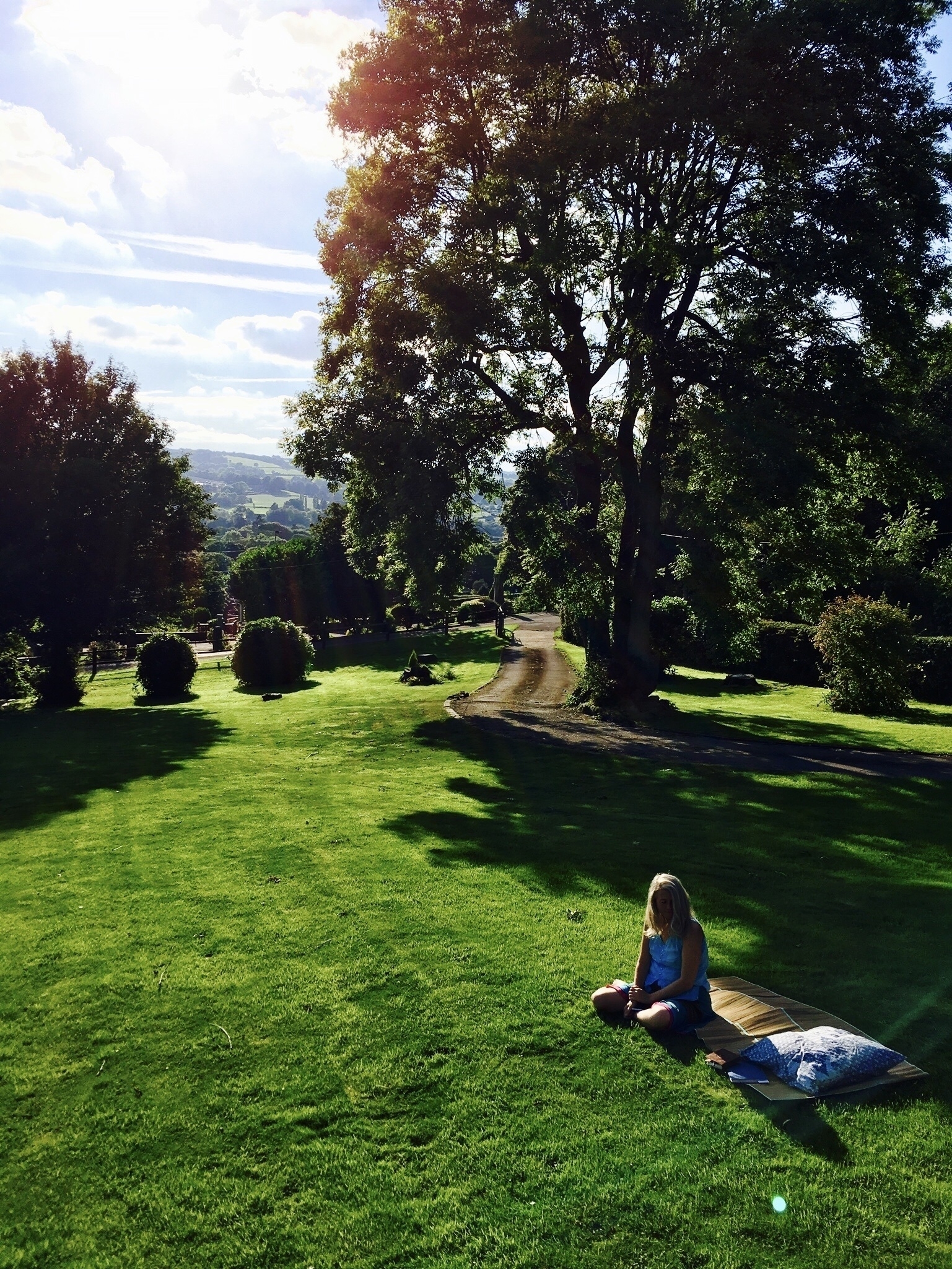