The music last night was eclectic, hypnotic, hardcore. The club night’s called Need for Speed, afterall. Sometimes it was so hard my brain took a moment to adjust. Luckily my ears were ok - earplugs rule ✌🏼

There was a beautiful back to back set from two Glaswegian lassies (Neoma and Aisha), full of uplift and playfulness (will definitely link to some of there sets in due course), then Charlie Sparks entered the booth and made it extra hard, industrial, helter skelter-ish, with a touch of exotic, choral and experimental.

On my sit down break there was a chatty, sweet girl who kept talking to me. We had the same conversation three times, which began with her asking “ Where are you from?”. I giggled the third time she asked and then, when I told her I was a harpist she nearly fainted. To some people, it’s an instrument only angels play, especially when you’re high as a kite on a Friday night.

There were sweaty boys acting like Mr Universe contestants, tops off, full posturing occuring. There were women in string bikini tops, with an aura of ‘don’t mess with me or I’ll cut you’ expressions.

I was here, there, everywhere. Trying to find my place. I’m grateful I felt confident enough to move around the space (not always the case as my legs can feel quite wooden at times). I was just trying to find a little area to dance in and enjoy others dancing around me. It’s actually quite hard to find that bubble. I found myself getting exasperated with people’s lack of awareness and did inadvertently poke a few people when they got too close. If they’re gonna barge me, I’m gonna get my claws out. They got the message - give the spiky lady some room.

I tentatively made it onto the dance floor for all of 2 mins. The ‘mosh pit dance floor’ was intense and hot. Legs and arms everywhere. Sometimes the music hastened to such banging bpms that ravers felt called to sit on their friend’s shoulders, happy as can be, high as kites in more ways than one.

For me, as soon as I heard the beats, in the queue outside the club, I knew I was in the right place. My body started to fizzle. There was no controlling it - it wanted to move!! I wasn’t the only one. People live for the beat. I feel it. I see it. It’s like a magical spell, cast upon the crowd.

It’s a funny feeling, going out at midnight, away from my cosy, quiet, familiar, safe home environment, (sometimes I think “do I want even want to go?”). I get the last train to the city on a Friday night, enter an underground club full of intense heat, flashing lights, dark corners, sweaty bodies, chaotic movements, and often overwhelming music. And despite all the challenges, I keep going back. The monontonous beat calls to me like a Siren. Something deep within tells me to get back in there, knows it’s good for my soul. I feel alive, unhinged, expansive. It’s my surprising heritage. 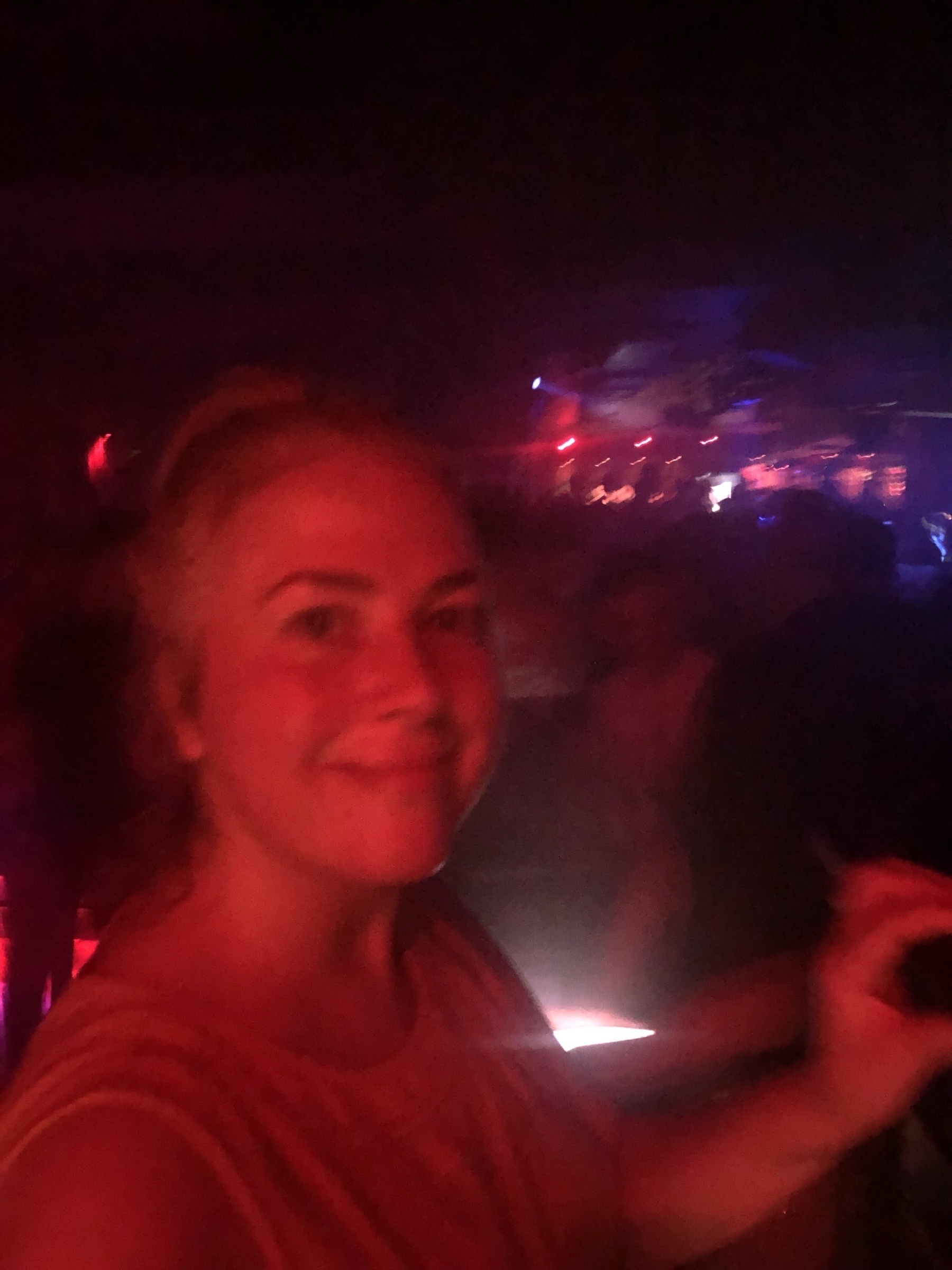 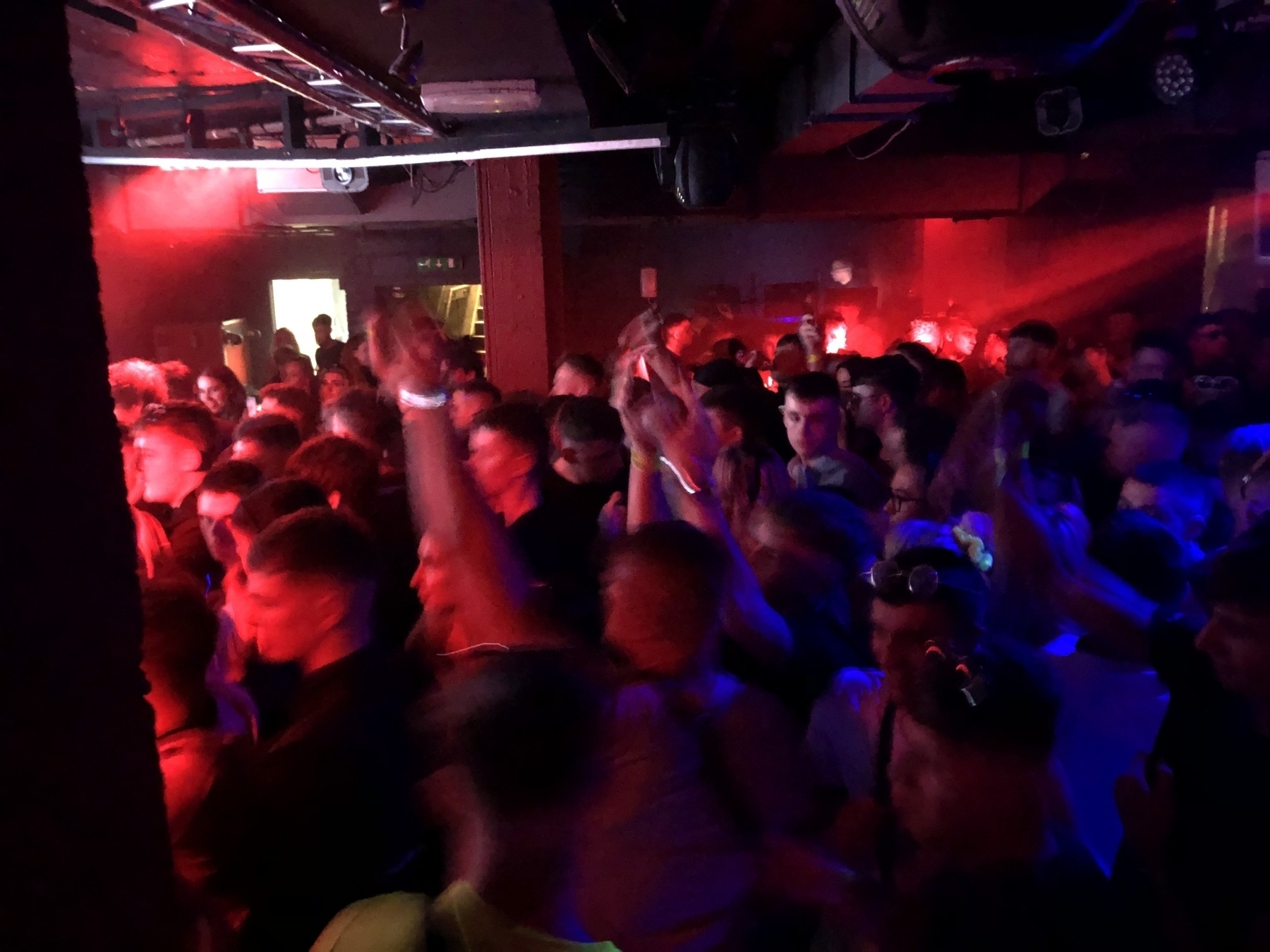