I find myself in a strange and noisy predicament this past week. A neighbour walks his cats (on a lead) every half hour right past our house and around the converted farm buildings where people live. He’s always out with them - he’s become part of the furniture now he takes them out so often each day.

One of the cats is currently on heat so all the Tom cats far and wide are congregating day and night howling and fighting, vying for her attention. They wait outside her house, peer in her windows, sit on our nearby wall screaming loudly. They don’t leave. It’s obviously waking me (and everyone else) up all through the night. I can put earplugs in and I have. But there’s a more considerate solution too isn’t there? He could keep the cat indoors for this period. Unfortunately he doesn’t.

There have been complaints and he says he’s going to get her ‘done’ i.e. spayed next week. Brilliant everyone thinks, because the other cat he has escaped recently and now has a kitten so he’s had a big lesson from her already right? But he continues to walk the cat who’s on heat multiple times a day so she’s leaving her scent everywhere, attracting the male cats who hang around and keep everyone awake.

This man has some learning difficulties so it’s been hard to explain that process to him despite me calmly telling him that walking the cat while she’s on heat means the Tom cats will stay around meaning people will complain. He says that those male cats are not his cats, they’re nothing to do with him, his cats stay in at night so it’s not his fault! It’s a tricky situation because I don’t think he understands consequences (he also told me he had to move from his previous address because people were complaining about his 5 (!) male cats, which he ultimately gave away). I feel sorry for him and I feel sorry for all of us too.

The cats screamed for hours last night (they have so much energy!), then he was up this morning walking her again, re-energising her scent everywhere. He gets stressed when the male cats follow him, he shouts at them to eff off, then the next moment he’s letting her sniff them. It’s such a weird situation, one I can’t understand but also completely understand. I’ve got lots of compassion for him, other neighbours don’t have so much.

I feel like I’m in a surreal comedy. Certainly the sight of a cat fan club outside his house makes for a bizarre montage. I know I’d be totally freaked out if I had unknown cats surrounding my house. I know what that feels like.

And these dear cats, driven by their instincts and sheer force of nature to want to procreate and pass on their genes. It’s normal cat behaviour. But when their world comes bowling into the human world night after night, things get messy.

We’ll see what happens next week. I think it’ll be a looong bank holiday weekend because the Tom cats don’t seem to be moving on. Now I know that cats come into season every 2-3 weeks this time of year, I hope a resolution can happen soon. For all our sakes.

It’s definitely not the time to ask the landlord if I can have a cat! 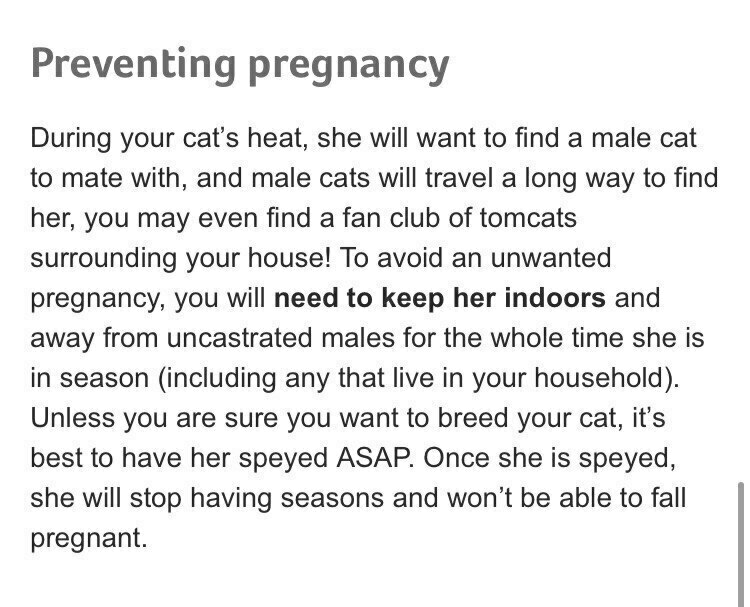